This is stated in their press release about the investment in 2G bioethanol and its production capacity:

"Produced using wood-based feedstock (not in competition with food), RYAM will be among the first in France to produce 2G bioethanol fuel from wood. With a ninety percent smaller carbon footprint compared to fossil fuel-based gasoline, RYAM’s bioethanol product will help petrochemical companies meet their need for clean and renewable energy in the European market and contribute to reduced climate change. Rayonier Advanced Materials’ biorefinery model captures residual sugars from its existing pulp process and converts the sugars into 2G bioethanol. This circular process, which utilises a greater portion of the tree to create higher-value products, represents a more sustainable operating model.

Designed to produce up to 21 million liters of bioethanol per annum, construction on RYAM’s 2G production facility in France is scheduled to begin in the Spring of 2022 with commercial sales targeted for the Summer of 2023."

You can find the official press release here.

Substantial potential exists to expand both food and fuel supply in a sustainable fashion. This report examines different biofuels pathways. 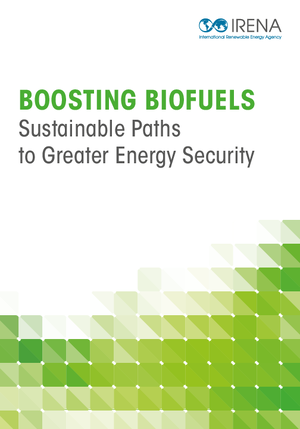 Eni is considering building a new biorefinery to replace an oil-based facility in the Italian city of Livorno. As part of a wider decarbonisation strategy, the Italian energy major aims to increase biofuels and SAF production.