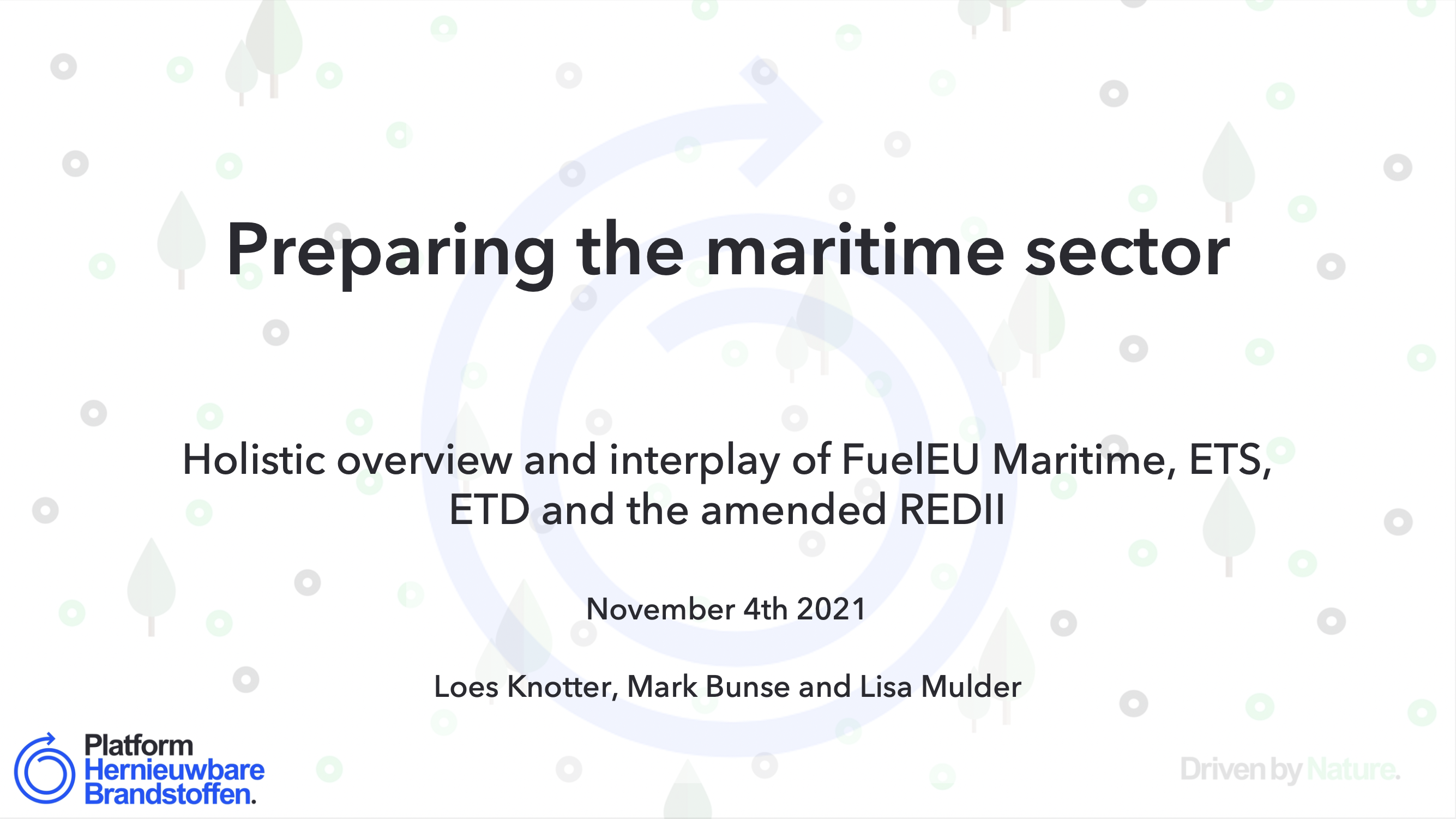 Lisa Mulder presented a holistic overview of the interplay between the (for shipowners) most relevant Fit for 55 proposals during the webinar "Fit for 55: Preparing the Maritime sector" organised by the Platform Renewable Fuels. These are most notably FuelEU Maritime, EU Emissions Trading System (ETS), the Renewable Energy Directive (RED) and the Energy Taxation Directive (ETD). FuelEU Maritime hereby imposes a penalty of about 2400 EUR per tonne non-compliant fuel, while ETS prices are expected to grow to 450 EUR per tonne fossil fuel. ETD adds another 36 EUR per tonne fossil fuel, which is relatively low in comparison to the other prices and penalties. Thus its impact is deemed rather limited on bridging the gap between fossil fuels and renewable fuels. After detailing the key concepts and changes of each legislative piece, inconsistencies between the legislative proposals were identified and their potential impacts mentioned. The use of fossil electricity, for instance, cannot contribute to the Renewable Energy Directive target (as expected), but is favourable for FuelEU Maritime compliance, ETS compliance and not taxed via ETD.

Some considerations for the environmental NGO's that campaign against biofuels

07-09-2022 | The EU Trilogue on Fit-for-55 started in Brussels. NGO's started to campaign against biofuels in the transport sector. We see the urgency to exit fossil use much faster and therefore argue to start discussing a larger systemic change to green carbon use.