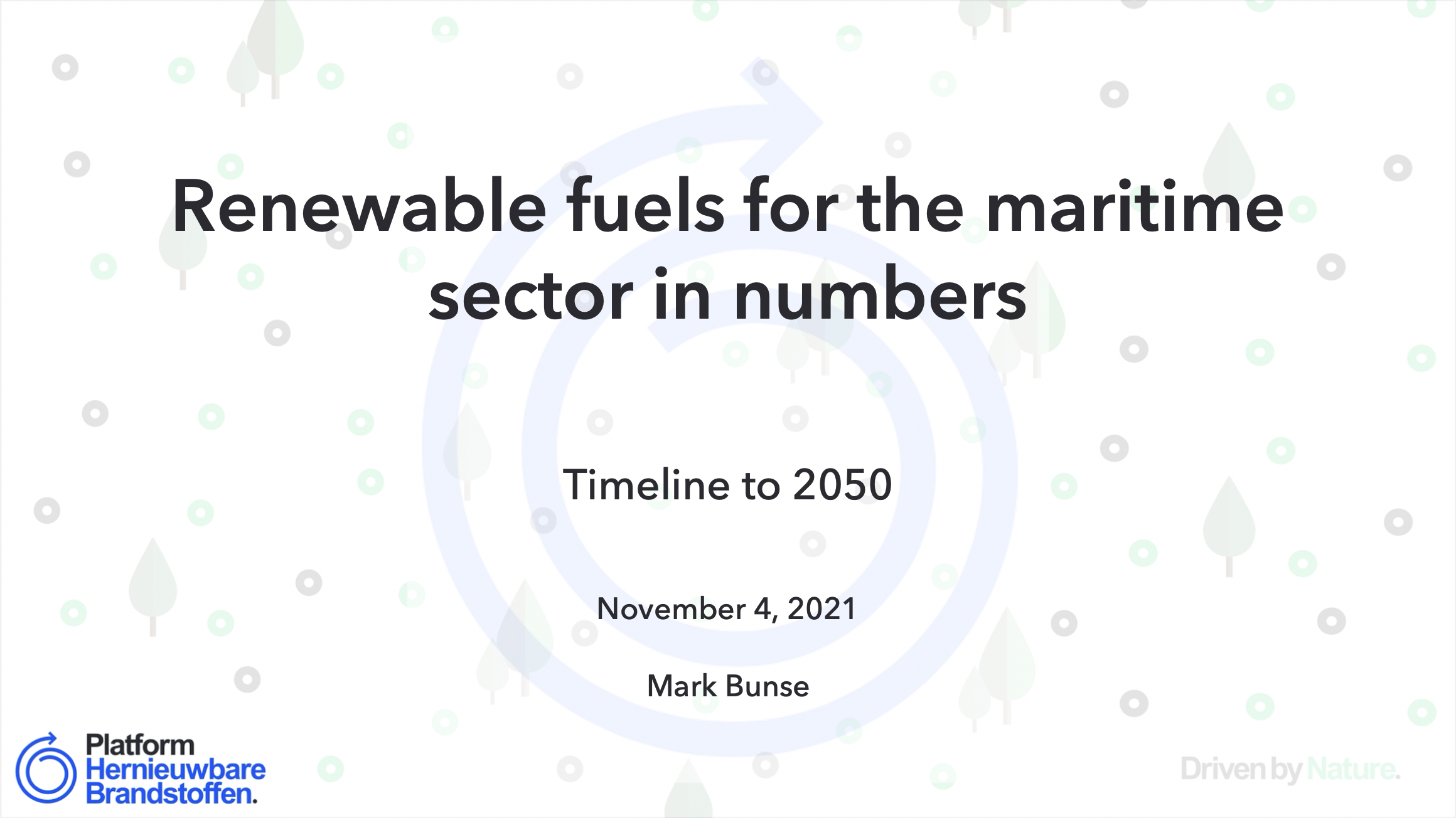 During the webinar "Fit for 55: Preparing the Maritime sector" organised by the Platform Renewable Fuels, Mark Bunse presented the practical implications of the proposed FuelEU Maritime regulation for shipowners. Alternative fuel options were compared based on their (well-to-wake) greenhouse gas emissions performance and their estimated costs. The implications of the greenhouse gas reduction target were shown on an indicative fleet of nine ships for 2025 and for 2030. Finally, the impact of "transitional" fossil fuels on the fuel mix was shown. The urgency to organise offtake-agreements was made visible by comparing varying biodiesel prices in comparison to the FuelEU Maritime penalty of non-compliance.

Some considerations for the environmental NGO's that campaign against biofuels

07-09-2022 | The EU Trilogue on Fit-for-55 started in Brussels. NGO's started to campaign against biofuels in the transport sector. We see the urgency to exit fossil use much faster and therefore argue to start discussing a larger systemic change to green carbon use.