Read the full report here, including a managent summary in Dutch.

E4tech's evaluation of the main biofuels today and in 2030

The biofuels assessed include fuels produced from waste oils and fats (SVO, FAME, UCOME and HVO); Alcohols (ethanol and bio-methanol, including DME); bio-LNG, bio-CNG and synthetic diesels (FT-diesel and upgraded pyrolysis oil (UPO). Find all abbreviations explained on page 3 and 4 of the report.

E4tech describes for each biofuel, the production process, current commercial status and key feedstocks. Also compatibility with existing engines, fuel supply system, storage and infrastructure are considered. This results in the following overview of sustainable biofuel options in deep-sea shipping and short sea and inland shipping.

E4tech shows that  ‘drop-in’ biofuels in diesel-engines have the advantage of readiness and compatibility for decarbonising the shipping sector in the short term. The drawback lies in the limited availability of feedstocks. Drop-in biofuels are liquid fuels (like HVO, FAME or biodiesel, SVO) that are functionally equivalent to their petroleum counterparts in marine engine combustion. Importantly, they also have full functionality in the existing petroleum infrastructure.

Obviously, in case of existing vessels with a LNG- or a CNG-engine, bio-LNG and bio-CNG can also be considered as drop-in biofuels. Bio-LNG is commercially available today from AD of organic waste or manure, achieves high GHG emission reductions (particularly with carbon capture). However the number of existing LNG vessels is marginal at the moment and the costs for converting existing vessels and infrastructure to LNG are significantly higher than for methanol.

Two other ‘drop-in’ biofuels in diesel-engines, FT-Diesel and UPO, would substantially increase the feedstock base and are attractive due to their full compatibility with current diesel engines and marine fuel infrastructure, but their lower commercial readiness will limit their availability in 2030.

All other biofuel options have the significant barrier of incompatibility with current marine engines.  However, existing marine engines, fuel supply and storage can be adapted. What more options are then available? E4tech has evaluated ethanol, methanol and DME. Ethanol is widely available.The key barrier for more widespread use of ethanol is cost. Bio-methanol could potentially be more cost-effective in 2030 and GHG emission reductions could be higher than ethanol. The lower energy density of bio-methanol (compared to the fossil incumbents) limits the vessels range. E4tech considers bio-methanol therefore as more attractive the inland and short-sea shipping sectors. DME, which can be produced from methanol, is more compatible with marine diesel engines but  E4tech has deemed the option as less attractive due to more complicated storage and bunkering.

In compliance with new regulation that limits SOx-emissions to 0.1% in ECAs, biofuels have the advantage to not emit (or in some cases only emit very limited amounts of) SOx-emissions. With biofuel ships would immediately comply with SOx regulations. But according to E4tech the payback time for retrofitting a scrubber to a vessel using HFO in ECAs has been modelled as lower than ethanol and methanol in all cases.

The report can also be downloaded via the dowload button at the right.

Imperial College - Sustainable biomass availability in the EU to 2050 | 2021

In this report, by Dr. Panoutsou of Imperial College London and Dr. Maniatis, the potential availability in the EU and UK towards 2030 and 2050 has been assessed to provide insights on the future of biomass and biofuels availability. 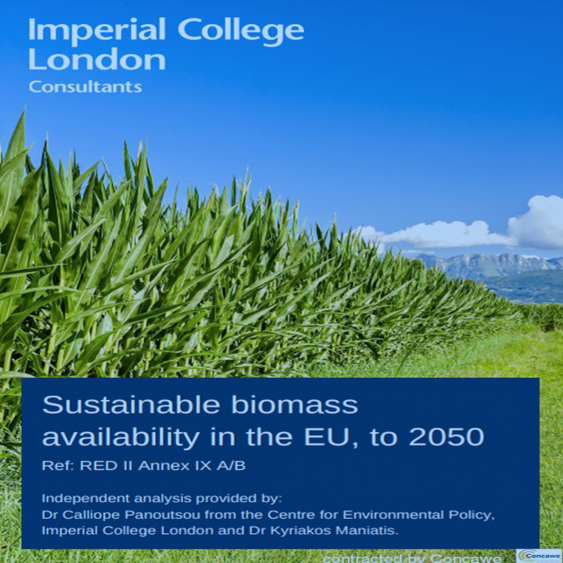 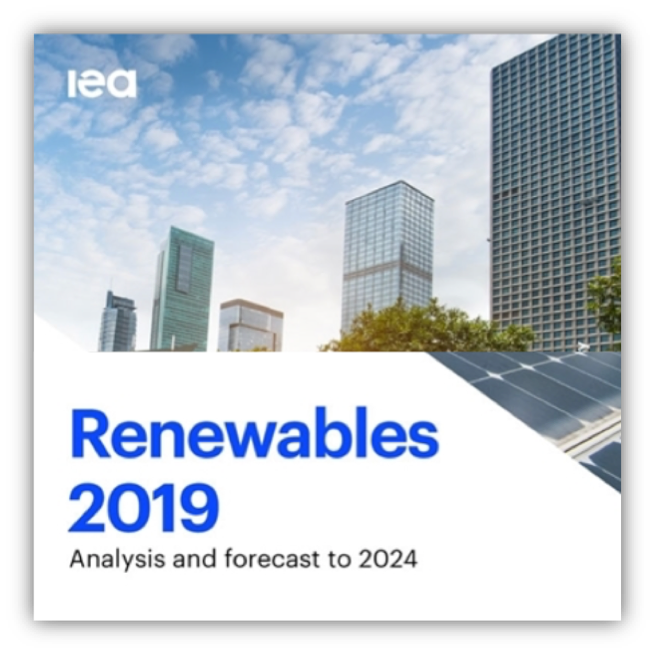